Rape as a human rights violation

You may not think of rape as a human rights issue, but actually, the issue of sexual violence can intersect with several human rights.

Rape and other sexual crimes are a serious attack on the physical and mental integrity and sexual autonomy of the victim. Sexual violence constitutes a violation of human rights including a victim’s rights to bodily integrity and sexual autonomy, life, physical and mental health, personal security, freedom, equality within the family and before the law regardless of gender and gender identity, the right to be free from discrimination, amongst other human rights.

For example, the case of E.B v. Romania shows how rape and other forms of sexual violence can constitute a breach of the right to be free from torture and ill-treatment and that also violate the right of the victim to private and family life. In their failure to fulfil their positive obligations to protect survivors of rape and sexual violence, and properly investigate and prosecute perpetrators, authorities are in violation of Article 3 (the prohibition of torture and inhuman or degrading treatment or punishment) and of Article 8 (the right to respect for private and family life) of the European Convention on Human Rights. 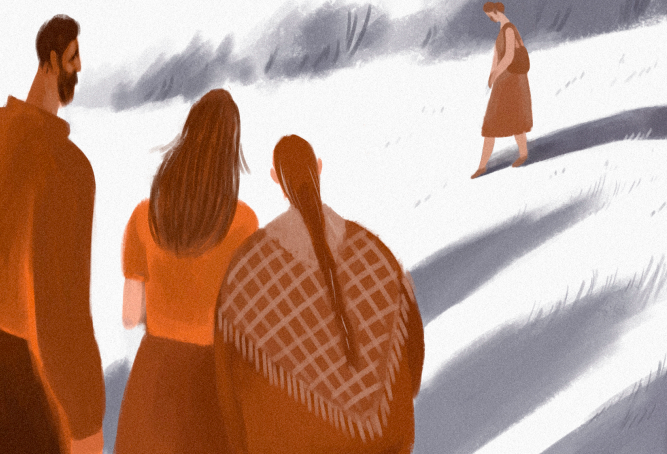 To learn more about the right to be free from torture, after the module you might want to register on our free 20-min course on Amnesty Academy.

To protect our human rights states must:

If states fail in these provisions, they are violating human rights.

For a state to have appropriate legislation on rape, it must first have a legal definition of rape which is in line with international human rights law and standards.

So how should the law define rape?

International human rights law gives clear guidance to states on how to define rape in law, including how to frame it in the criminal code. For example, the UN Convention on the Elimination of All Forms of Discrimination Against Women (CEDAW) condemns laws on rape when they are framed as a crime against morality, public decency, honour or the family. Instead CEDAW recommends that rape be defined as a crime against a person’s bodily integrity and sexual autonomy, and focus on lack of consent, not the existence of violence.

In 2011, the Council of Europe adopted the Convention on Preventing and Combating Violence against Women and Domestic Violence (Istanbul Convention), which entered into force in 2014. Article 36 of the Istanbul Convention clearly states that lack of consent must be at the centre of any legal definition of rape and other forms of sexual violence and that “consent must be given voluntarily as the result of the person’s free will assessed in the context of the surrounding circumstances”.

The Istanbul Convention has been ratified by more than 20 European states, but the majority of them still haven’t amended their legal definitions of rape accordingly. Currently, according to Amnesty research, only 9 out of 31 European countries analysed have definitions of rape based on the absence of consent. Instead, the majority of countries, in and outside of Europe, still have inadequate and ineffective legislation criminalizing rape. These laws define rape by other measures than consent, such as whether there is evidence that violence or the threat of violence was used. They assume that a victim has given their consent because they have not physically resisted the unwanted sexual conduct.

In fact, research and survivor testimony has shown that a lack of resistance to sexual violence is common. Freezing when confronted with an attack has been recognized as a widespread physiological and psychological response, leaving the victim unable to oppose the assault, often to the point of immobility.

Rape is an underreported crime. And even when it is reported, there are very low conviction rates. Coercion or violence-based laws are part of the problem, which is why there is a movement to reform laws on rape so that they are consent based. Unless changes are made in laws, justice systems and societies as a whole in relation to sexual violence, some victims may continue to be denied justice. This is particularly a risk in cases where the police or other official reject the case because of no evidence of physical resistance or violence. The problem is that this can be the case for multiple reasons, including for example where victims of rape have frozen during the attack or where there was a power imbalance between the perpetrator and the victim.

The good news is that things are changing! In recent years, several European countries have amended their laws on rape to include a consent-based definition, following widespread campaigning by Amnesty International and other groups. You can support this struggle for more justice for rape survivors by joining Amnesty’s Let’s talk about Yes campaign. 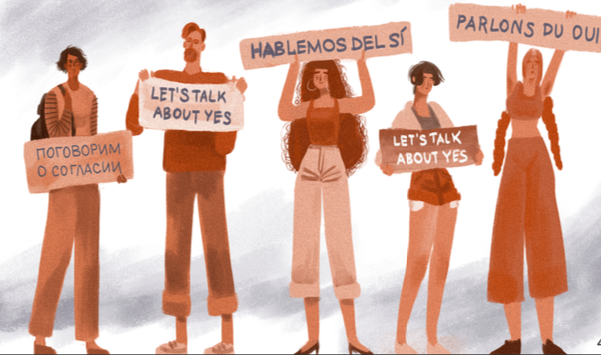 Your choice regarding cookies on this site We have placed cookies on your device to help make this website better. You can use this tool to change your cookie settings. Otherwise, we'll assume you're OK to continue.

We have placed cookies on your device to help make this website better. You can use this tool to change your cookie settings. Otherwise, we'll assume you're OK to continue.

Some cookies are necessary for the functioning of Amnesty’s website. If you wish to restrict or block these cookies you can set your internet browser to do so, just click on the following link for further information: www.aboutcookies.org

These cookies allow us to understand how people are using our site and make improvements.

We use marketing cookies to increase the relevancy of the advertising you may see.