20 min
12+
This module was created in
collaboration with HUMANA

In the case of “Lashmankin and Others v. Russia”, the European Court of Human Rights combined 15 similar complaints submitted by Russian citizens. They were denied the right to peaceful assembly – protest on the streets of their cities and settlements.

The right to peaceful assembly is guaranteed in numerous international human rights instruments. In particular, article 11 of the European Convention on Human Rights states that “Everyone has the right to freedom of peaceful assembly and to freedom of association with others”. The European Court of Human Rights oversees state compliance with the convention.

A long time before the European court… 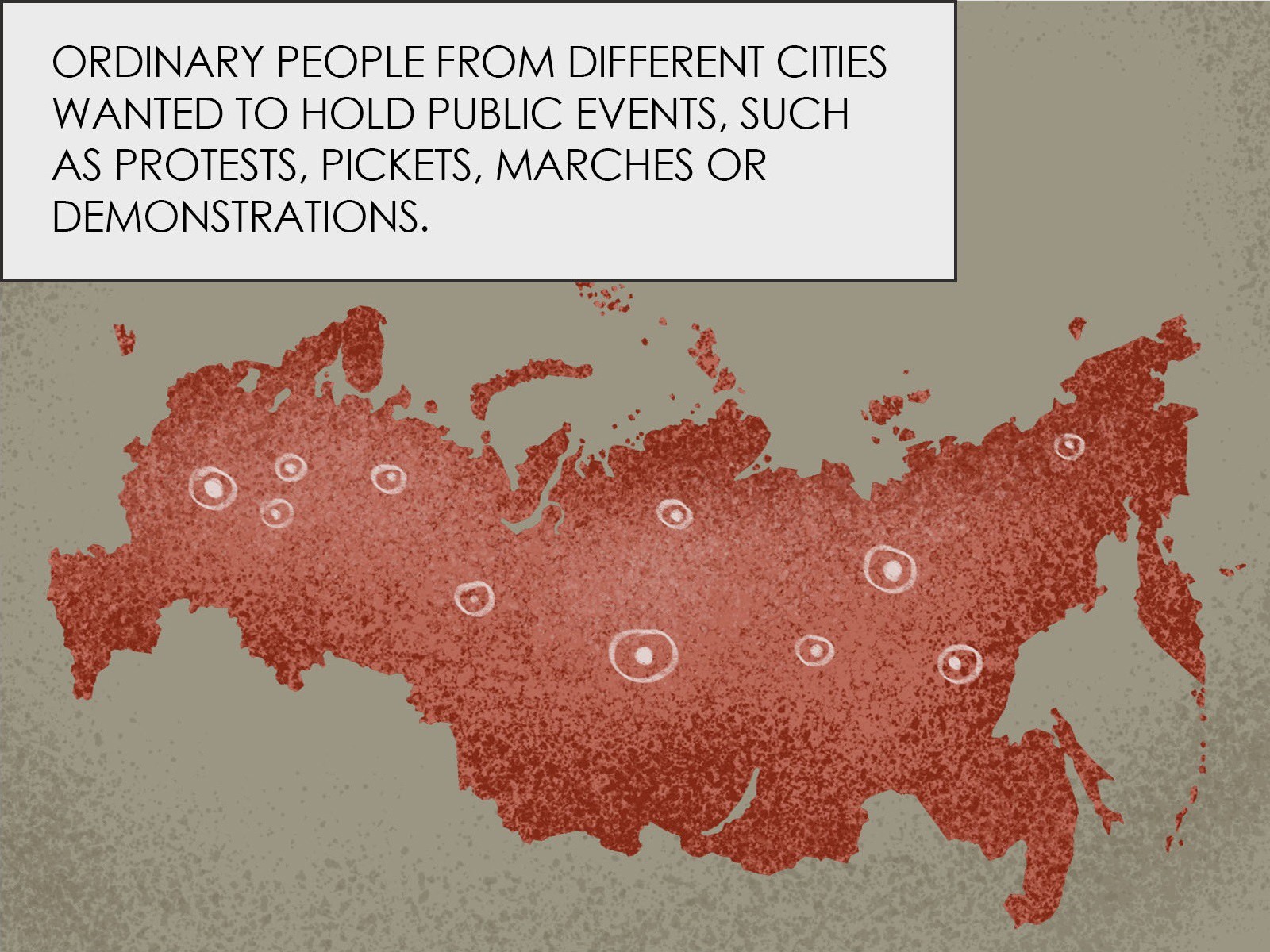 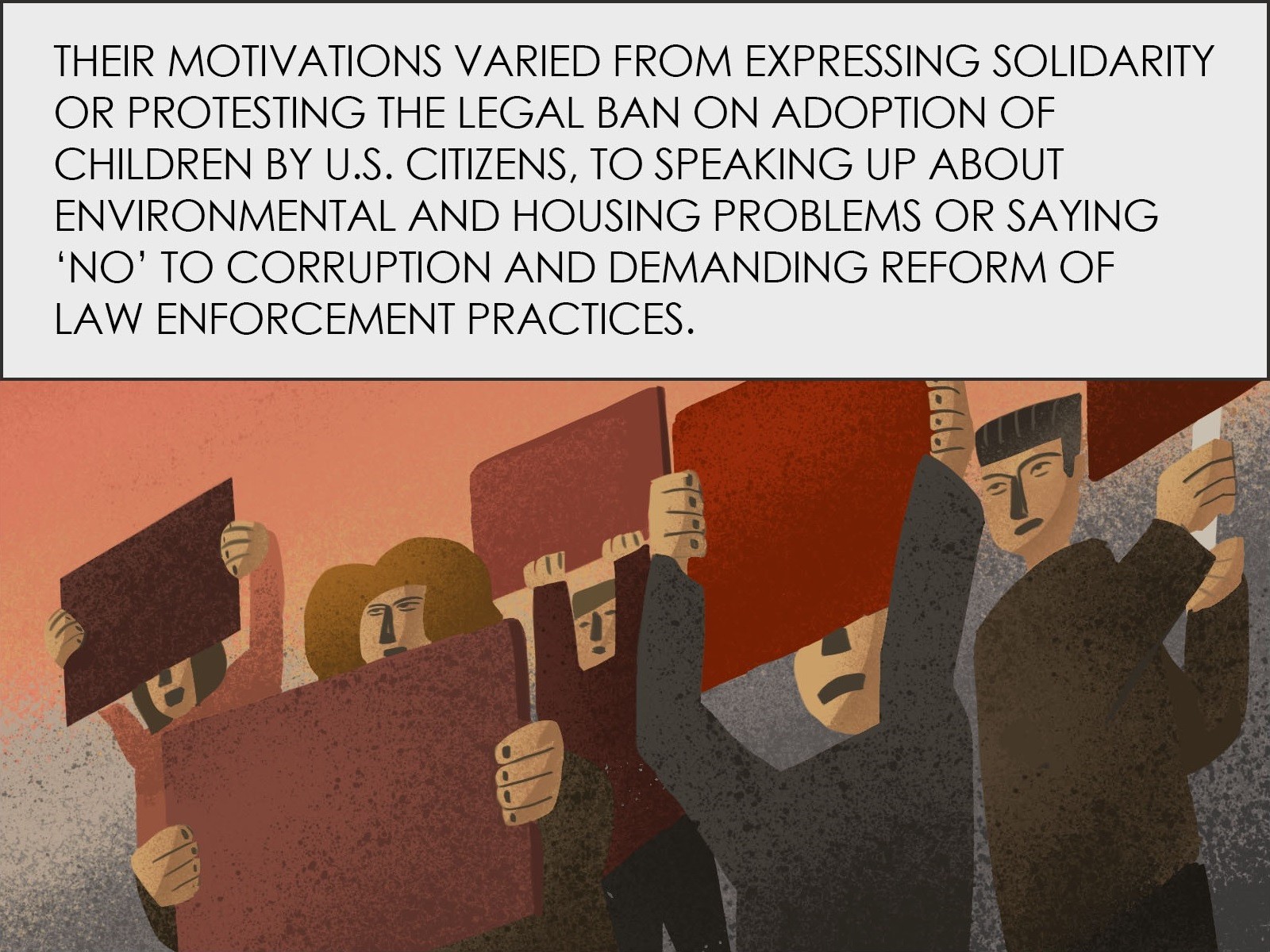 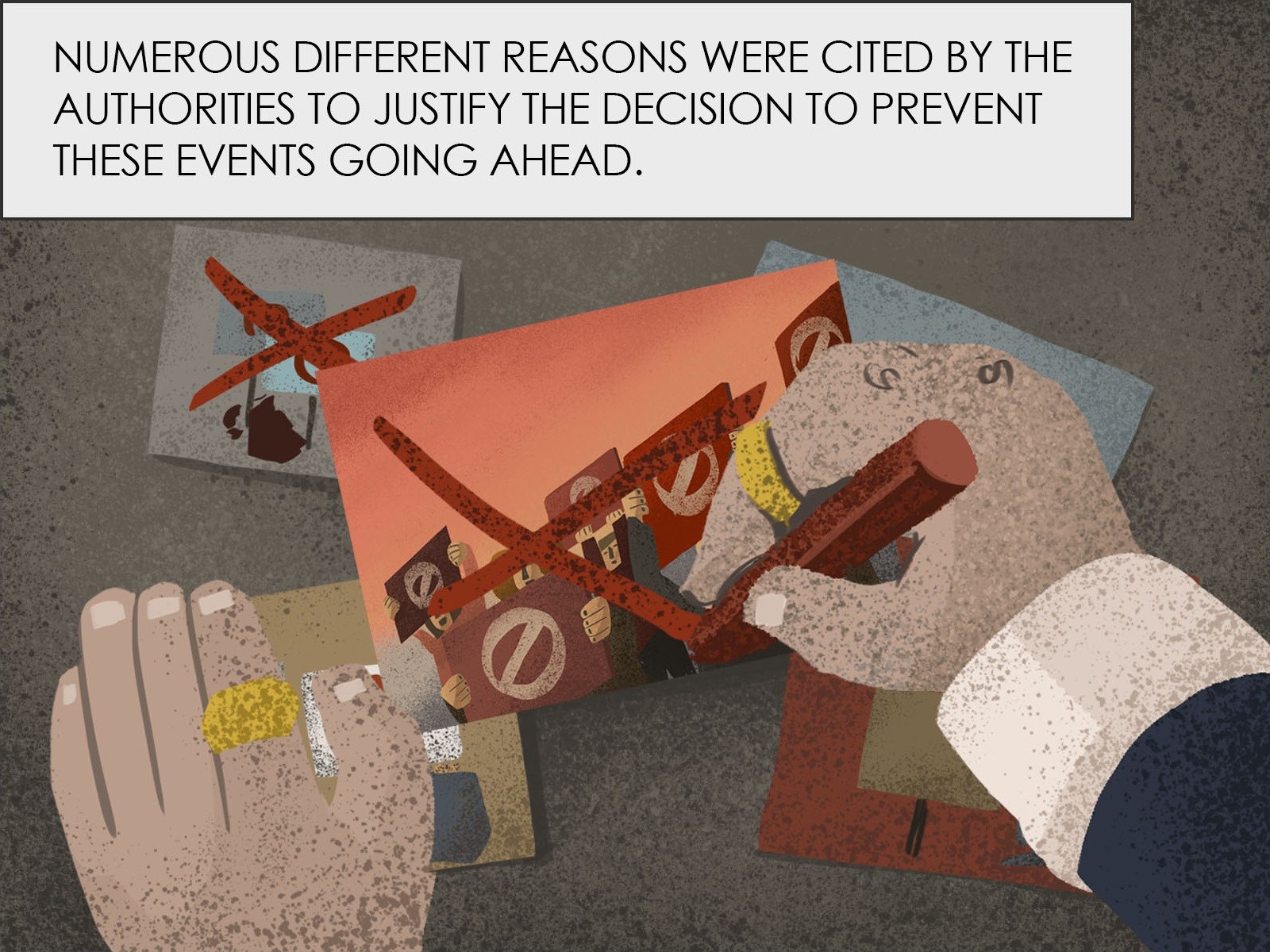 Start Exercise
1 2 3 4
Find and MarkFor a closer look at each situation, drag and move the panorama.

Here is a panorama of the city. You are trying to find a place for a peaceful rally, but officials refuse to allow the rally to go ahead.

To complete the task, click on all hotspots and explore 7 reasons for refusal. Put a tick if you consider the reason to be unjustified and violating the right to peaceful assembly. You have two attempts.

Read each reason for the refusal of permission for the events, and the position of the European Court of Human Rights in the case of Lashmankin and Others v. Russia.

Reason 1
You lodged your notification for the public event too early. We understand that the post office is closed during the New Year holidays, and that submitting the notification after will be too late, but such is the law. The strict time limit for notifications creates a narrow window in which people can notify authorities. This window could fall entirely over public holidays meaning that it would be impossible to hold events on some specific dates following those public holidays. The European Court ruled that “while rules governing public assemblies, such as the system of prior notification, are essential for the smooth conduct of public events, their enforcement cannot become an end in itself”. Thus “a rigid application of notification time-limits can lead to an unnecessary interference with freedom of assembly”.

Reason 2
We are having snow removal in this square exactly at that time. Choose another place, such as a park in the suburbs.

As stated in the overview, any assemblies inevitably involve a certain level of disruption to ordinary life or the rights of others, including disruption of traffic and pedestrian pathways. Authorities must ensure that responses to such disruption are necessary and proportionate. Measures taken by authorities should not put in jeopardy the right to peaceful assembly itself. “The Court considers that the practice whereby the authorities allow an assembly to take place, but only at a location which is not within sight and sound of its target audience and where its impact will be muted, is incompatible with the requirements of Article 11 of the Convention”.

Reason 3
This park on Saturday? Many families will be walking there with their small children. Your event might pose a danger to their health and life. 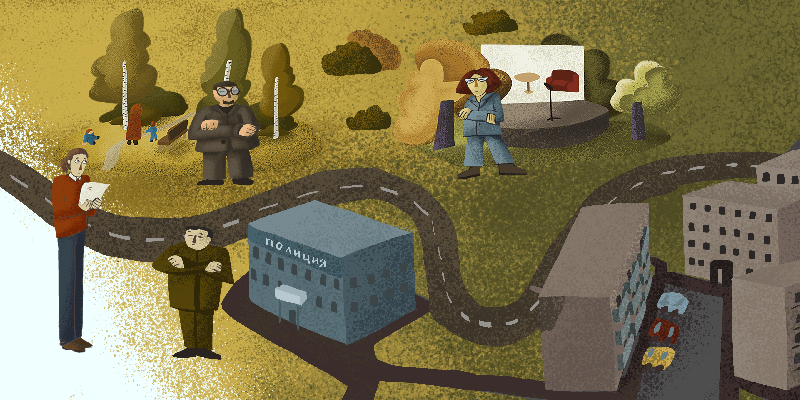 In a large number of cases the reasons advanced by the domestic authorities for their refusals to approve the location, time or manner of conduct of a public event related to different types of disruptions of ordinary life, such as, for example, interference with, or hindrance to, traffic, utility services, commercial activities, everyday life of citizens, and maintenance works. The Court reiterates in this connection that any assembly in a public place is likely to cause a certain level of disruption to ordinary life, and that this in itself does not justify an interference with the right to freedom of assembly.

Reason 4
Holding a picket outside of a police building is unsafe. In the region, terrorist attacks are carried out against officials. What if this kind of terrorist attack happens during the picket? “Proposals to change the location, time or manner of conduct of an assembly were also quite often motivated by a reference to safety or national security considerations, such as a risk of terrorist attacks. It is significant that in their decisions the executive authorities did not rely on any evidence corroborating the existence of such risks or assess whether they were serious enough to justify a restriction of the freedom of assembly. Moreover, the present case shows that a reference to safety and national security risks was sometimes used selectively to restrict anti-government public assemblies, while during the same period of time pro-government assemblies and public festivities were allowed to proceed unhindered, the alleged terrorist risk notwithstanding”.

Reason 5
No, because a launch of the new furniture catalogue has been planned in this park at the same time. The Court considers that the refusal to approve the venue of a public assembly solely on the basis that it is due to take place at the same time and at the same location as another public event and in the absence of a clear and objective indication that both events cannot be managed in an appropriate manner through the exercise of policing powers, is a disproportionate interference with the freedom of assembly.

Reason 6
Your critical banners and slogans might trigger a hostile reaction from many supporters of the current government. We cannot authorise this event because of the risk to your own safety. “The Court reiterates that the mere existence of a risk of clashes between the demonstrators and their opponents is insufficient as a justification for banning the event. If every possibility of tension and heated exchange between opposing groups during a demonstration were to warrant its prohibition, society would be faced with being deprived of the opportunity of hearing differing views on any question which offends the sensitivity of the majority opinion. Participants in peaceful assemblies must be able to hold demonstrations without having to fear that they will be subjected to physical violence by their opponents. It is thus the duty of Contracting States to take reasonable and appropriate measures to enable lawful demonstrations to proceed peacefully”.

Reason 7
Your march and meeting at this location may interfere with the normal functioning of the public utility services, traffic, and commercial activities. 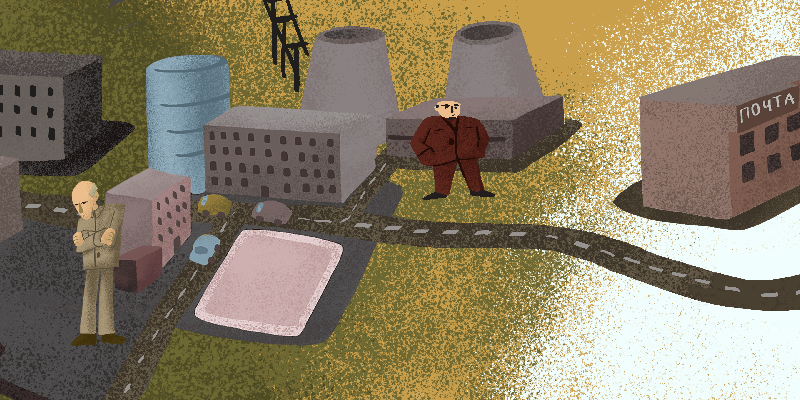 I understand!
Next Exercise
Back
1 2 3 4
Figure out the tactics

Having faced refusal of the authorities to accept notifications and ensure the right to freedom of peaceful assembly, for a variety of reasons, the different organisers of public assemblies in this case responded differently with their next steps. What would you do?

Imagine that the living conditions in your neighbourhood are getting increasingly unbearable: lack of playgrounds for children, a strong and unpleasant smell coming from the landfill. You have written letters to authorities with zero result. You and your neighbours are going to hold a public protest. Consult with an experienced activist about possible consequences of this, choose your tactic. Learn about the different tactics chosen by protestors and find out what happened as a result.

In the case of Lashmankin and others against Russia, several complaints from Russian citizens are united, which, under various circumstances, were deprived of the right to protest on the streets of their cities and towns. As a result, these people could not speak out loud about their problems or express solidarity. Below we talk about the content of individual complaints. 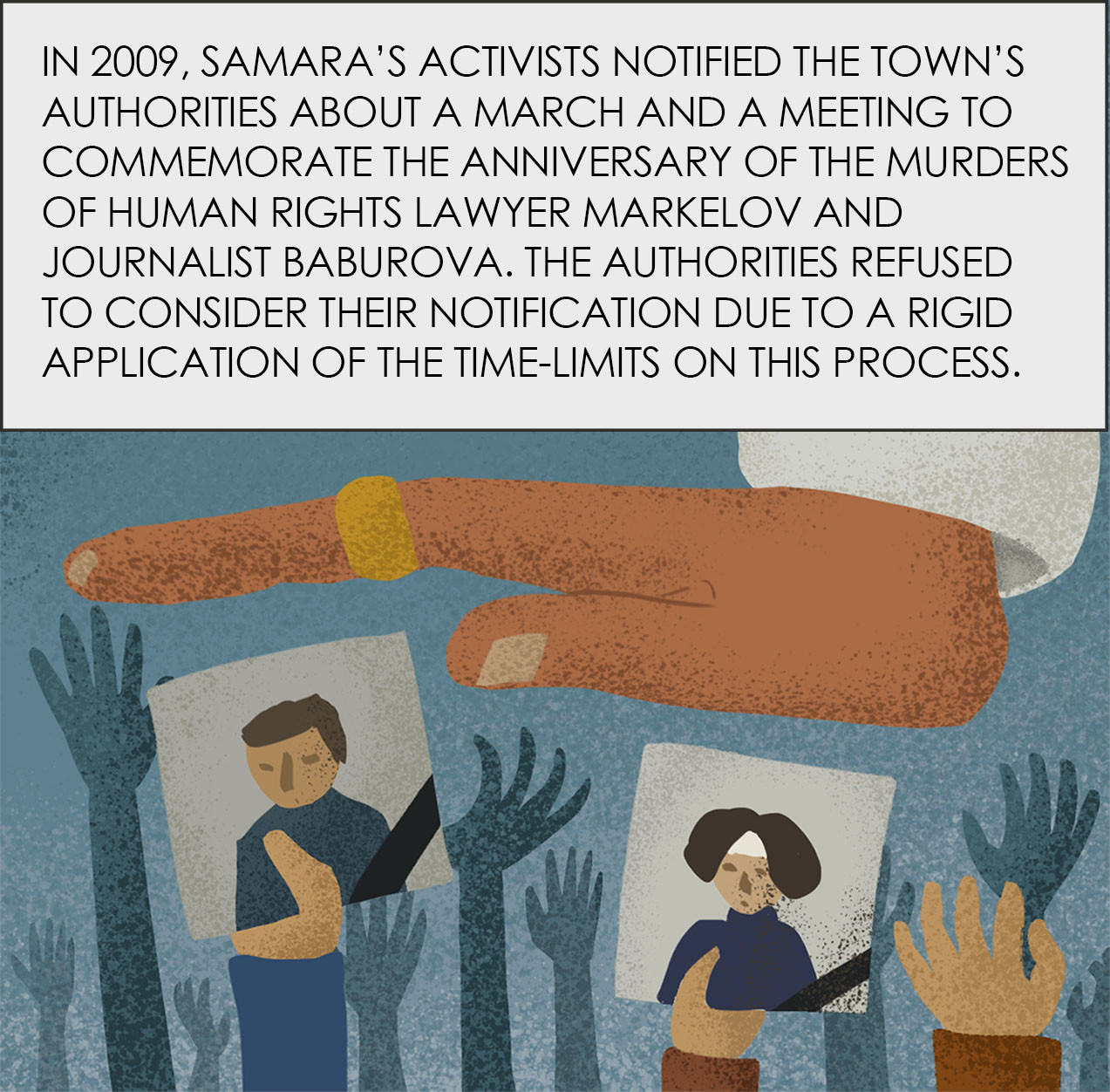 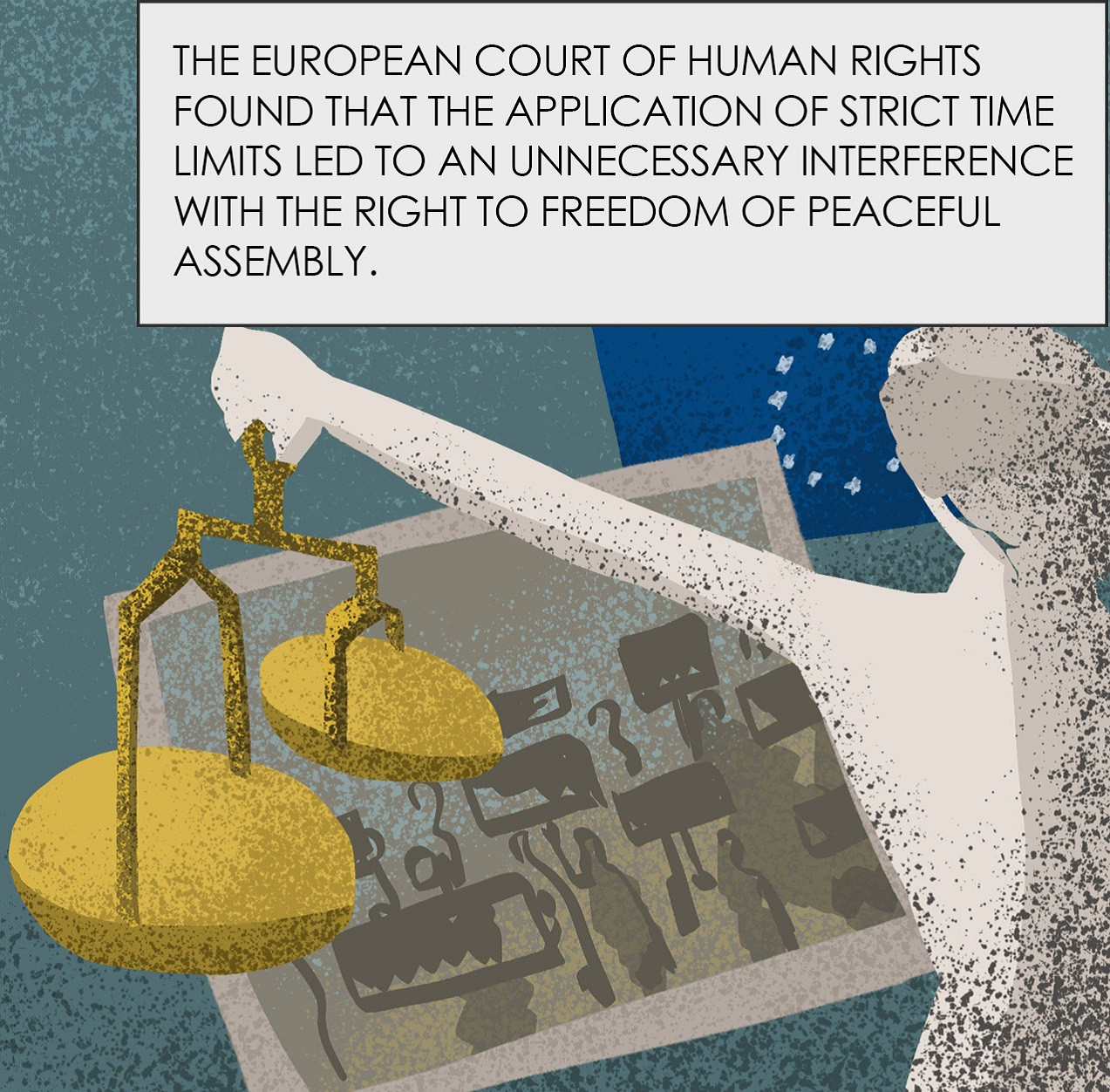 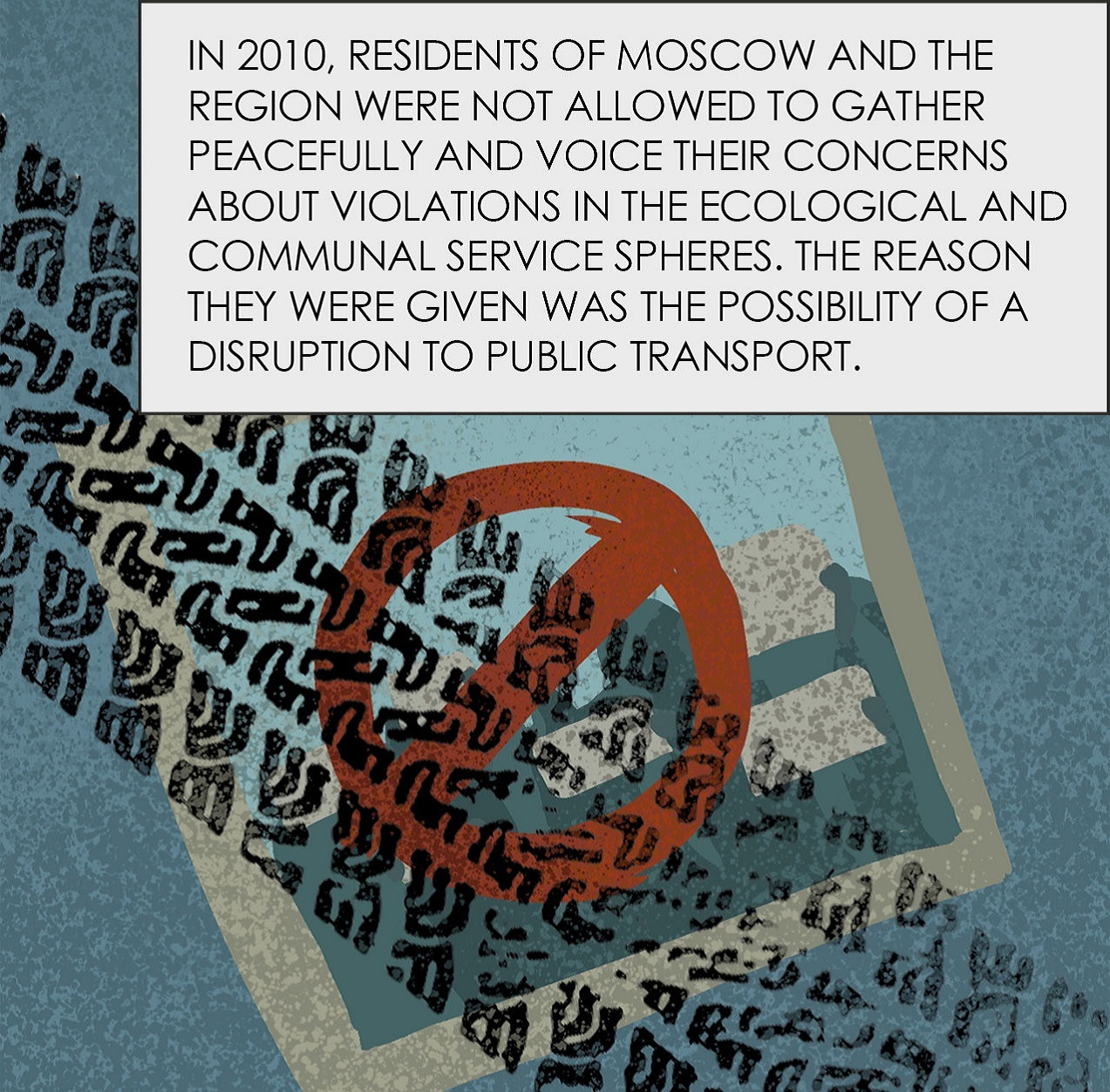 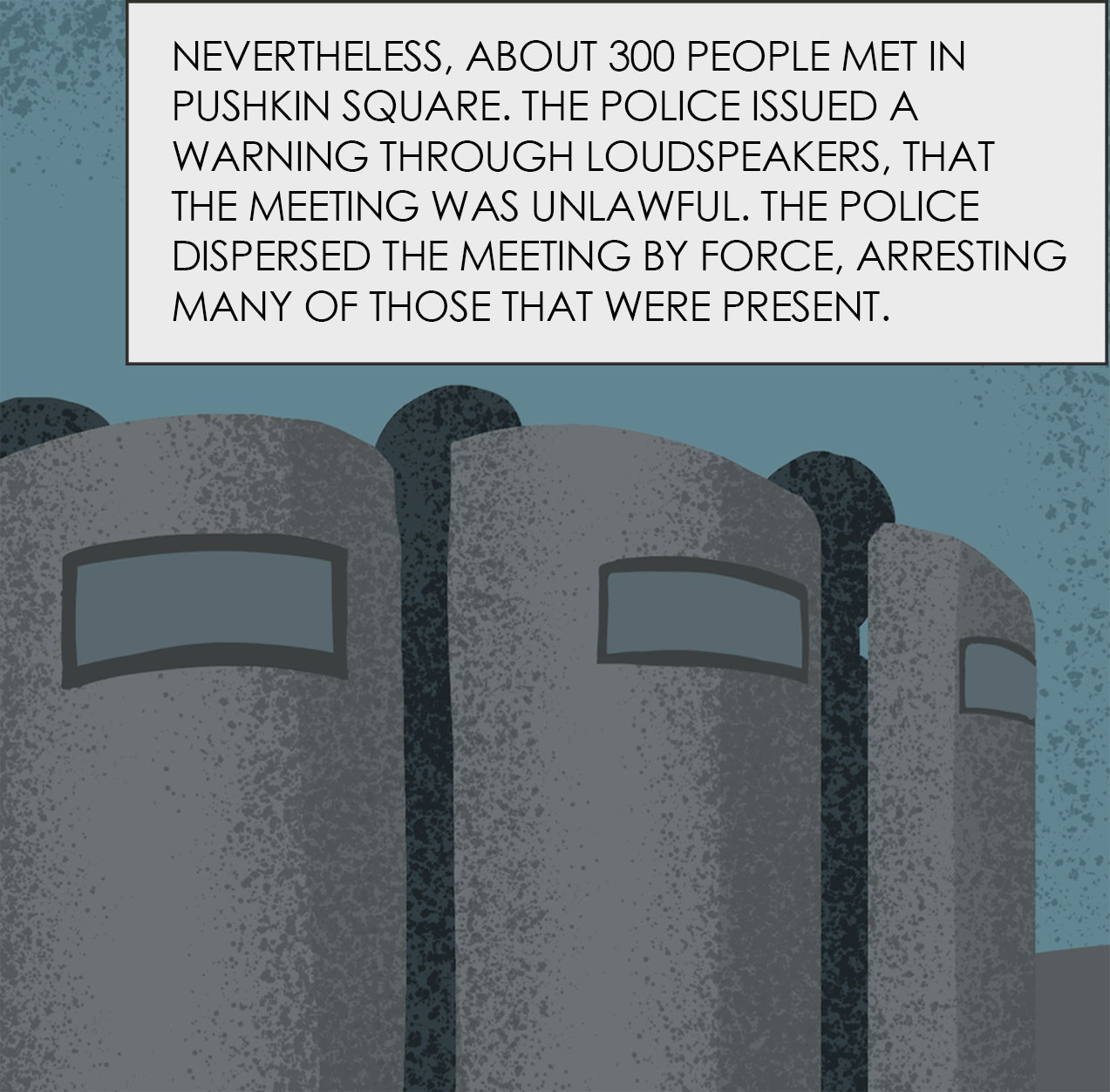 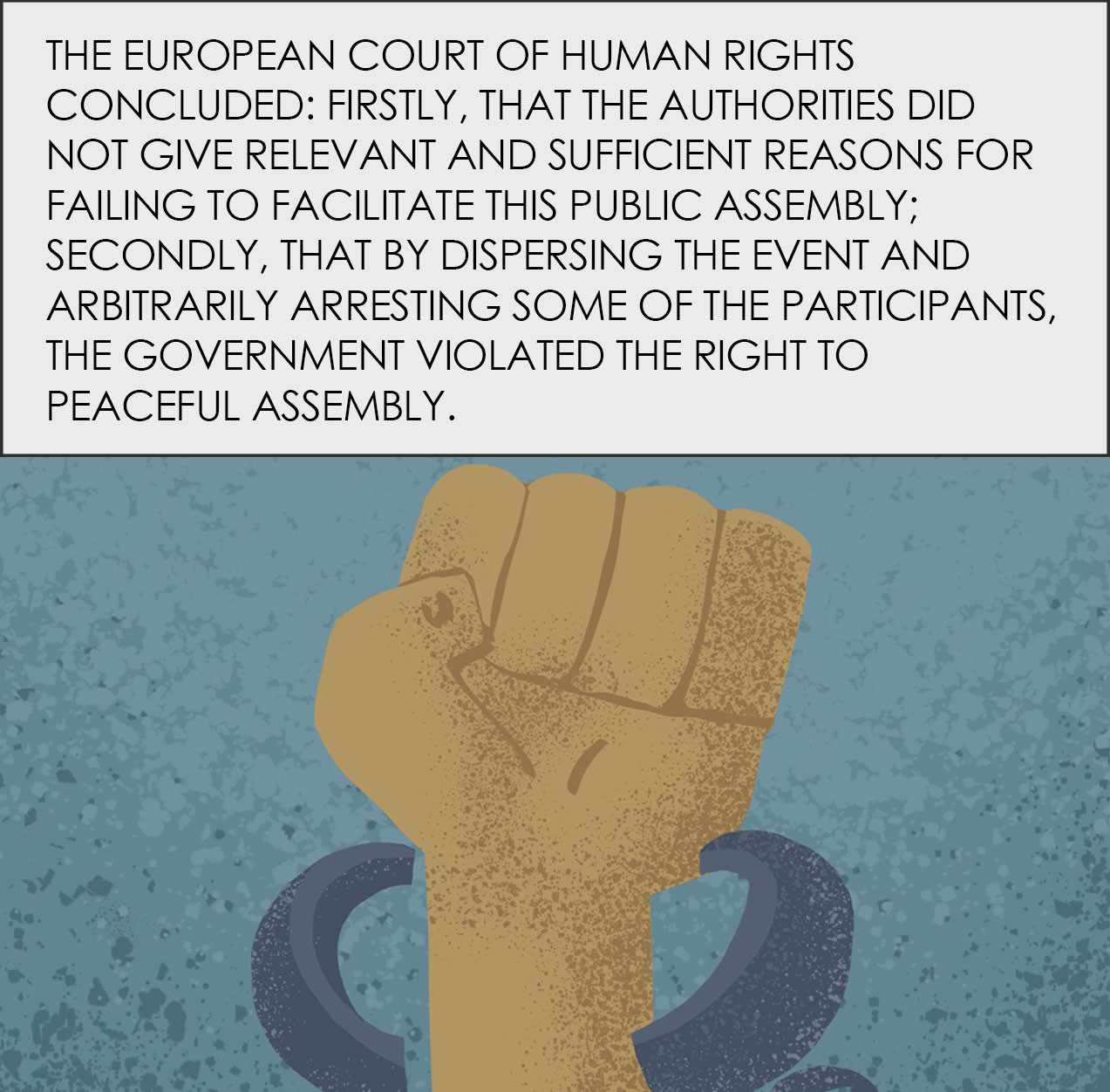 You did well!
If you want to continue learning, sign up to our new courses.
Courses You have not indicated any violations

Sorry, you answered incorrectly, but we are impressed with your diligence.

CORRECT ANSWER: Unfortunately, none of these reasons are justified and, in accordance with the European Convention on Human Rights, violate the right to peaceful assembly.

You pointed out all violations correctly!

Your choice regarding cookies on this site We have placed cookies on your device to help make this website better. You can use this tool to change your cookie settings. Otherwise, we'll assume you're OK to continue.

We have placed cookies on your device to help make this website better. You can use this tool to change your cookie settings. Otherwise, we'll assume you're OK to continue.

Some cookies are necessary for the functioning of Amnesty’s website. If you wish to restrict or block these cookies you can set your internet browser to do so, just click on the following link for further information: www.aboutcookies.org

These cookies allow us to understand how people are using our site and make improvements.

We use marketing cookies to increase the relevancy of the advertising you may see.